This is a hard message, but it must be shared. God wants you and the children in a safe place.

On 5/25/15, I drempt I and a couple others were playing a game of war with fake rifles. We were playing a fun game of war  running thru the yard and then, I didn't have my rifle and had to wrestle two kids from their toy rifles before they would fake shoot me with them. One of the kids I knew. His name is Nehemiah. So I managed to thrust their guns away from them with my arm and then proceeded to fun wrestle Nehemiah to the ground to fake choke him, but suddenly, real blood started coming out of him. The blood came rapidly flowing out of his entire head, neck and chest area. Then we stopped in shock, as the fun game of war, by our surprise turned to  blood.

Here's the key to this dream. In this dream were the lyrics of the song to American Woman , by the Guess Who playing.

When I awoke, I thought it was just a fluke of a dream, but hours later, in prayer, still remembering the details of the dream, God began to give me interpretation.

The  game of war with rifles represents a real war that is coming. America is going to turn from fun and games to rapid blood in war.

American culture is consumed with fun and games, but the fun game of war is soon going to end in terrible horror. The fun is going to turn to blood. The sudden shock we were experiencing is prophetic as the American people won't believe what's happening to them till the blood begins to flow. This is a message to America that the game of war is gonna turn real on American soil with civil war leading into WW3. 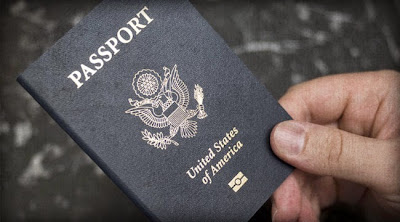 We must prepare to leave the "American Woman", before the totality of the collapse comes or our children will die in this land by the hand of war. To God, we are seen as playing  games, but in a short time, real blood is going to flow and many children in this nation are going to die. Get in prayer now and ask God what you are to do to leave the American Woman or at least hunker down in a very rural hidden off the grid land in the middle parts of the country with supplies.

This is real people! WW3 is coming to American Soil and God has with incredible miracles backed this message thru very strong testimony here. We are without excuse for not believing!

Father Yah, help us to make plans to leave the country at the right time, or get to a safe place! Help us to realize, if we are in Christ, then we ultimately win, but you wish for the better, for us to live and continue to bare witness of your kingdom to come. You will raise us in glory, but we need a place of safety! Help us prepare that in Jesus mighty name! Amen


in Christ, Weather
Posted by Weather at 10:35 AM No comments: